Joshua Altman is a multimedia producer and digital storyteller in Washington D.C. He is a graduate of Georgetown University's M.A. program in Communication, Culture and Technology and The George Washington University with a double major in Journalism & Mass Communication and History, two areas in which Joshua always held a strong interest.

Unsocial media is characterized as "connections without connecting" but it is more than that. Urban Dictionary describes itself as the "dictionary you wrote" where users define words and phrases. Its user-generated entry for "unsocial networking" reads in part:

Connecting to random strangers on online social networks, but having no intention of really getting to know who they are. The primary purpose of unsocial networking is to seek attention by padding your friends list with as big a number of friends / connections as possible. Interacting with your connections is really not part of that equation.

Sharing has typically required a high degree of connection between donor and recipient, so the idea of sharing a photograph implied that you knew the sharees. Such sharing tended to be a reciprocal and coordinated action among people who knew one another1.

Pre-Internet, sharing my vacation pictures required a commitment on the part of the sharer and the sharee. I had to carefully take the pictures (since every exposure is precious and there is no redo), develop the film, organize the developed images into albums or slides, and then have people in a common location where we would all look at the pictures together where the sharees would either enjoy the images or politely view them hoping that the experience will soon be over. In the Facebook era, sharing the same pictures involves uploading the hundreds of unfocused, ill exposed, and otherwise bad images to a Facebook album where my connections will see on a news feed that I am still on vacation and they can "like" or comment on the image from the comfort of their bed. The cost of sharing in the new age is dramatically lower than it was just a few years ago, exemplifying the nature shift towards unsocial media. In this instance, what used to be a social experience has transformed into an unsocial experience where all the viewers are together, separately.

Looking at my own sharing which includes links posted to Twitter and Facebook of my work as well as articles I find interesting and share shows 88 total clicks in 31 days on a counter maintained by bit.ly which shortened URLs for my posts. Of these 88 clicks one link to a piece I produced on May 25 contributed 45 of those clicks (not represented on the chart) and many generated 0 or 1 click, which is me testing the link. Shirky writes that "sharing a photo by making it available online constitutes sharing even if no one every looks at it2." Given the statistics stemming from my own sharing who am I sharing for? My 114 Twitter followers? My 317 Facebook friends? Me, so I feel like I am "participating"? Viewing is not required for sharing, and I know that most of my sharing is barely viewed but yet I continue to share. I share to "participate" and for my own gratification, not in pursuit of the elusive viral link. 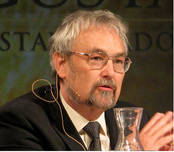 Unsocial media involves connections without connecting, and there is no shortage of those on the internet. Facebook's own statistics claim that the average user has 130 "friends," fewer than half my 317, all of whom I have met and spent some time with. The principle of Dunbar's number explains how connected users are to one another in human networks concluding that each individual can have approximately 150 real connections before they become more superficial. In a New York Times op-ed Robin Dunbar wrote "In the real world... we devote 40 percent of our limited social time each week to the five most important people we know, who represent just 3 percent of our social world and a trivially small proportion of all the people alive today. " However in the online world we can share (regardless of who is listening) with every user on the internet, or just my 317 Facebook "friends" of which 167 are fringe connections using Dunbar's calculations.

Facebook recognizes this reality and conforms to Dunbar's number with the "news feed." Facebook first implemented this feature in September, 2006 and it "highlights what's happening in your social circles on Facebook. It updates a personalized list of news stories throughout the day, so you'll know when Mark adds Britney Spears to his Favorites or when your crush is single again." It does this by computing an algorithm to determine what each user wants to see; since this is a propitiatory formula it can be inferred from experience on the site that it shows updates from users with which you interact with the most (strongest ties), when two or more users you follow share the same link, or someone in your network interacts with a post outside of your network. Although I have 317 "friends" I do not interact with most of them, even on Facebook and do not see updates from many of them. The lack of information from these friends means that if I were to visit their profile they would appear on my news feed as someone I am interested in, but also is a recognition from the networking giant that a user cannot possibly be connected to all of his or her connections, reenforcing the idea of unsocial media as connections without connecting.

In an online community, social desirability looms large. In polling the social desirability bias is when a subject tells the pollster what the subject thinks they should say to be accepted, this same principle occurs online. On Facebook, Twitter, and elsewhere, users have the ability to connect with publications and celebrities. Some reasons for following these pages include: I like this publication/celebrity and want to know what it/him/her has to say, opposition research, and projecting an image different from reality to be accepted by my online connections. 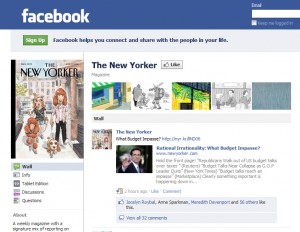 As of this writing, 280,702 users individually "like" The New Yorker on Facebook, crafting a shared experience from their independent actions and connecting to a website whose purpose is to connect people. Assuming that each user who "likes" The New Yorker has the average number of friends and that there is no overlap of "friends" between users 36,491,260 Facebook users can see that their "friends" "like" a major national publication regaodless of if any of those 280,702 users ever picked up a copy or visited the website. These 280,702 users are potentially projected a false image of themselves with no repercussions in the name of "fitting in." For a news organization like The New Yorker this presents a skewed representation of their readership and their online reach.

One aspect of unsocial media is "Online behavior whereby users independently interact with a website whose purpose is to bond its users to each other." David Spark published an article in Mashable in April, 2011 finding that sharing can often exceed consumption. He found that in some cases "sharers were more interested in being seen as someone sharing my video, entitled 'How do you get everyone to watch your video,' rather than actually watching it." He found other instances where individuals acting alone shared a link more than it was viewed, clear evidence in favor of a social desirability effect on unsocial media, and the creation of togetherness in separate online spaces.

I listed four properties of social media: connections without connecting, online attention seeking, independent interaction, and separately together. News consumption has always been a fusion of social and solitary experiences. Before the internet individuals received newspapers delivered to their front door and family members shared sections and articles. In this same era if someone wanted to "comment" on an article they could send a letter the the editor, or "share" it with a friend by recommending it either with or without comment.

Online networks can be used as either social media or unsocial media and each use, by each user is an independent instance capable of both outcomes. A user has the choice to share without consuming to the world on Twitter to increase his or her social desirability, or sharing with detailed comment to a few friends on Facebook using its list feature. 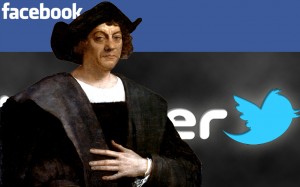 Media organizations and the tools they rely on encourage unsocial sharing. I have 114 Twitter followers, only a handful I have ever met. A higher number of "shares" for a link, regardless of consumption, increases the chance that consumers will engage with the content and form connections to the means of discovery (Facebook, Twitter, Digg, Reddit) rather than the content discovered; the same as if Christopher Columbus connected with the Atlantic Ocean rather than the New World. News consumers sharing a link to 114 followers that lack ties outside of the online network gives the exposure and the expanded viewing potential to the news outlet irrespective of the strength of the ties binding the users.

Unsocial media is not bad, but it is a solitary activity confined to each individual's actions often designed to boost their online persona with minimal cost and must not be confused with social media, forming of real online connections with real people or other real-world entities. Shouting to the world has its place, but its not an example of social media.

A version of this post first appeard on SMR.JoshuaIAltman.com